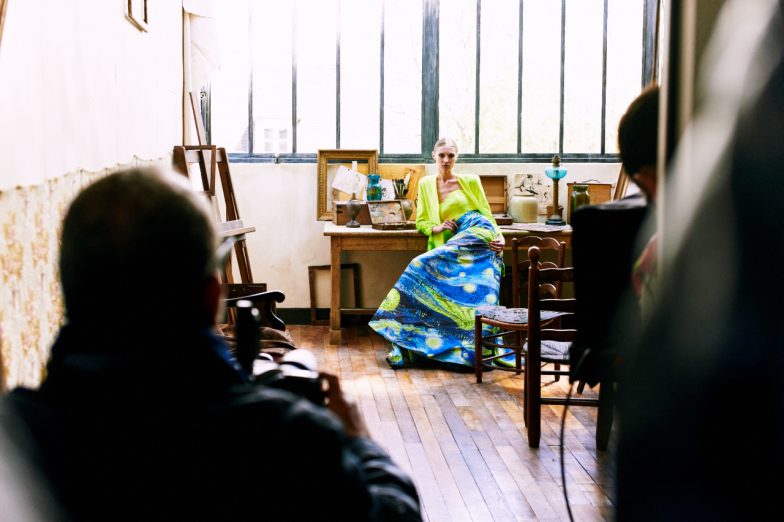 Magic streets of Montmartre became our scenery for the shooting of Lança Perfume’s new advertising campaign! Indeed, it’s one of the most romantic and picturesque areas of Paris!

After penetrating into the secret workshop, the walls of which witnessed Auguste Renoir, we had a feeling of returning to the end of the 19th century full of that creative atmosphere which surrounded the French artistic bohemia!